Hello again!
Shame on me, I've been neglecting my blog again!!
I do have an excuse of sorts though, or excuses to be correct!
I hurt by back again, a trapped nerve to be precise. i was in agony and couldn't lie down to sleep, so I had to sit in a chair and cat nap.  it was horrendous!  It's really frustrating when you can't even put your socks on by yourself!  I have an amazing hubby, who helps me without hesitation, and I would be lost without him.
i have also been volunteering at our new church/Community Centre.  It is an amazing building, and it is proving incredibly popular.
I have also been making Christmas Cards, for my 2 charities, for a craft stand at The Madoch Centre and also for myself!!!!!

So, at last I have found the time to be here.  this is the card I would like to show you. 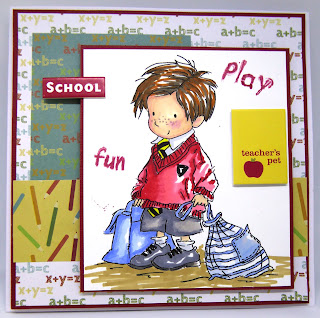 I made this card to give to my Grandson, as he started school at the end of August.  this image looked so like him, i just had to use it.  I coloured his jumper red and his tie black and yellow, which are all the colours for his school.  He has been going to nursery at this school for 2 years, so he know all his little friends and we thought he would settle in fine.  For the first 2 weeks however, he became the child from hell!!  I don't know what happened to him, but thankfully it didn't last long. 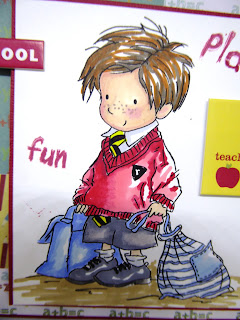 I would like to enter this card in the following challenges.

That's all for now, hopefully see you really soon. 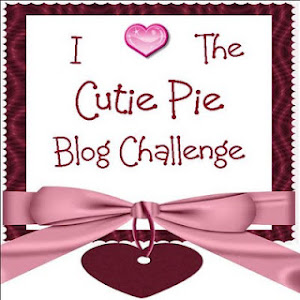